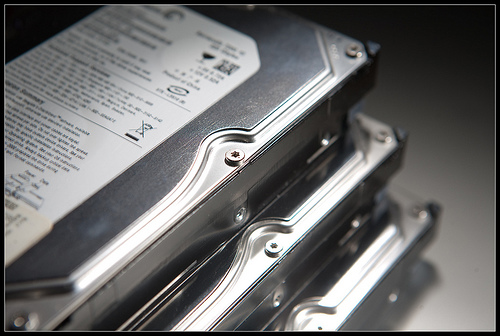 In the rush to get by with daily life, often we don’t think much about how our data is stored. But as anyone who has experienced a hard drive failure can tell you, once you’ve lost your data, you wish you had done something to keep it safe to begin with. So often times, we will be asked, in order to keep data safe, should we keep backups, or should we have RAID?

This is a bit of a trick question, as the answer is, in most cases, you should have both.

RAID is useful in order to keep your server running after a single hard disk fails. This will allow your host to take the time to replace the failed disk at a time that is convenient, while your website continues to operate. If you have backups, but don’t have raid, then if a drive fails, it is a much more painful process to recover your data. In fact, it may take several days to get replacement hardware ready and get your backups and configurations restored. If you have backups but no RAID, a very common disk failure can mean several days of hassle. With hard drives having a typical failure rate of 2% – 10% per year, getting RAID is cheap insurance against a likely failure.

On the other hand, backups are also essential. Although RAID can protect against a drive failure, it cannot protect against many other problems. An admin can accidentally delete data, a malicious individual or hacker can intentionally delete your data, or a software bug can cause data to be lost as well. If there is a dispute with your hosting provider, or, god forbid, they go out of business, you may also lose data if you do not have a backup. Natural disasters can physically destroy your server and you can lose data that way. RAID does not protect against any of these things. Backups, properly stored on a separate secured server, ideally in a separate facility, can be a life saver in the case that data is lost or destroyed because RAID cannot help with these situations.

You may say “but backups are expensive, and raid is expensive, are you sure this is necessary?”. The bad news is there is a good chance of data loss if you do not have these protections. The good news is, RAID and backups are not as expensive as they used to be. If you have Centos, Ubuntu, or Debian as your OS, software raid can provide data security at very low cost. Just by adding a second disk (something we charge as little as $10 / mo for), you can have raid protection. This is definitely cheap insurance and is the minimum level of protection I would recommend for anyone.

Backups, meanwhile, can be cumbersome to set up, but also don’t need to be very expensive. There are backup providers such as backupsy.com that will offer a VPS with a large amount of storage for $20 / mo or less. The hard part of backups is setting them up and making sure they continue to function correctly. Unfortunately there is no shortcut there, as you either need to set them up yourself or pay an administrator to do it for you. Although I can understand the desire to put off this hard work, do keep in mind the potential consequences of losing all your data. It is far easier to prevent the problem than it is to deal with the problem after it happens.

I hope you found this article helpful in detailing the differences between RAID and backups, and which (or both) you should select.