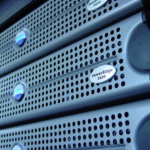 Some of you may have noticed the Dell C6100 on ebay for a pretty cheap price. 4 servers in a single 2u chassis for as little as $800. Great deal right? I had a lot of trouble getting the IPMI / BMC firmware updated on these in the first place. After getting it upgraded, the
Read More

If you’ve had problems with the nic driver failing on x9 / x10 supermicro motherboards with the intel e1000e NIC, we have a fix for you. Centos 6 on X9 motherboards (x9scl / x9scm) seems to have the most problems, but other motherboards and OS’s are potentially affected as well. There are a lot of
Read More 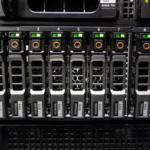 Hi Everyone, If you recall our previous article Hardware raid or software raid? Our take on the great religious debate, we made the case that hardware raid served virtually no purpose, and software raid was better in all important ways. Although we still find most of the information in that article to be true, we are
Read More 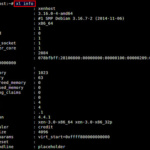 Hi Everyone, If you’re like me, you’ve had problems in the past with SolusVM running Xen, and some of them can be a little irritating and difficult to track down. There’s one particularly confusing problem whose solution I would like to share with you today. Who is affected? Anyone who wants to change the amount
Read More

I get asked this question a lot: “Do I need hardware raid, or is software raid good enough?” You may have noticed I/O FLOOD only offers software raid, so it will come as no surprise to you that we think software raid is “good enough”. What might surprise you however, is that we believe that
Read More
Copyright © Input Output Flood LLC, 2009-2021